Happy Monday! The other week, Universoul Circus provided me with two tickets to attend their Social Media Night show. They performed under the “big top” at the National Harbor. I was excited for the opportunity, because I remember attending it years and years ago as a child, and knew it would still be fun to attend as an adult. 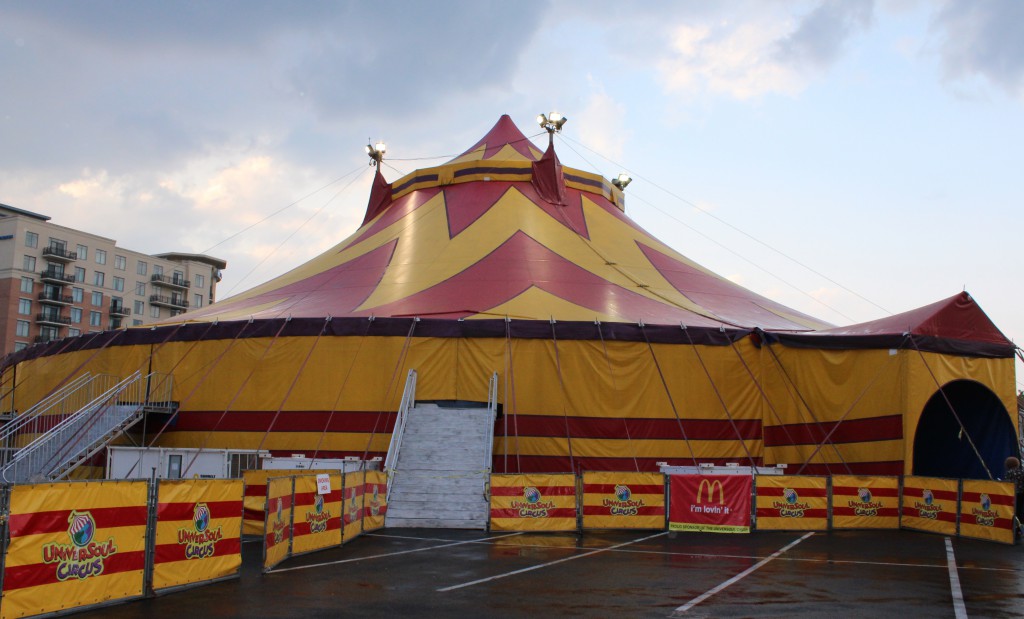 When I arrived inside of the big top, there was plenty of seating, and it was almost completely full. The audience was filled with families, as well as what looked like groups of friends, and couples. Since it was social media night, I was seated with plenty of other DC bloggers, and a few BLM girls were in that mix (hey girls)! The show lasted a little over two hours, and had plenty of awesome, diverse acts from all around the world. 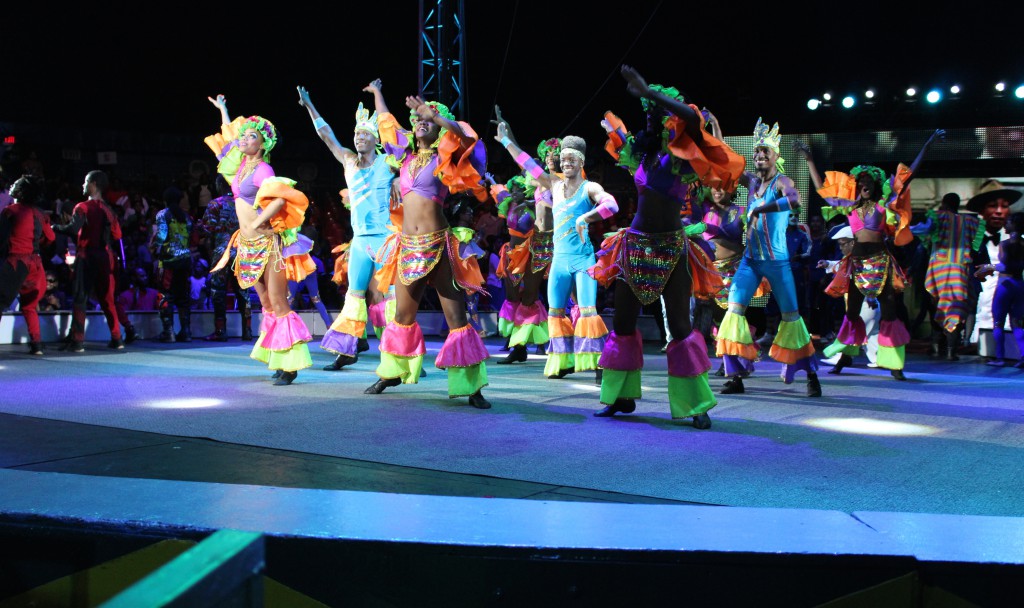 My friend and I actually had parked in the wrong lot at first, and then had to walk back to my car and move it to a parking deck, so we missed the Color Me Carribean act. But I heard awesome things about their performance, and was able to get this shot of them at the end of the show. I loved their colorful costumes! 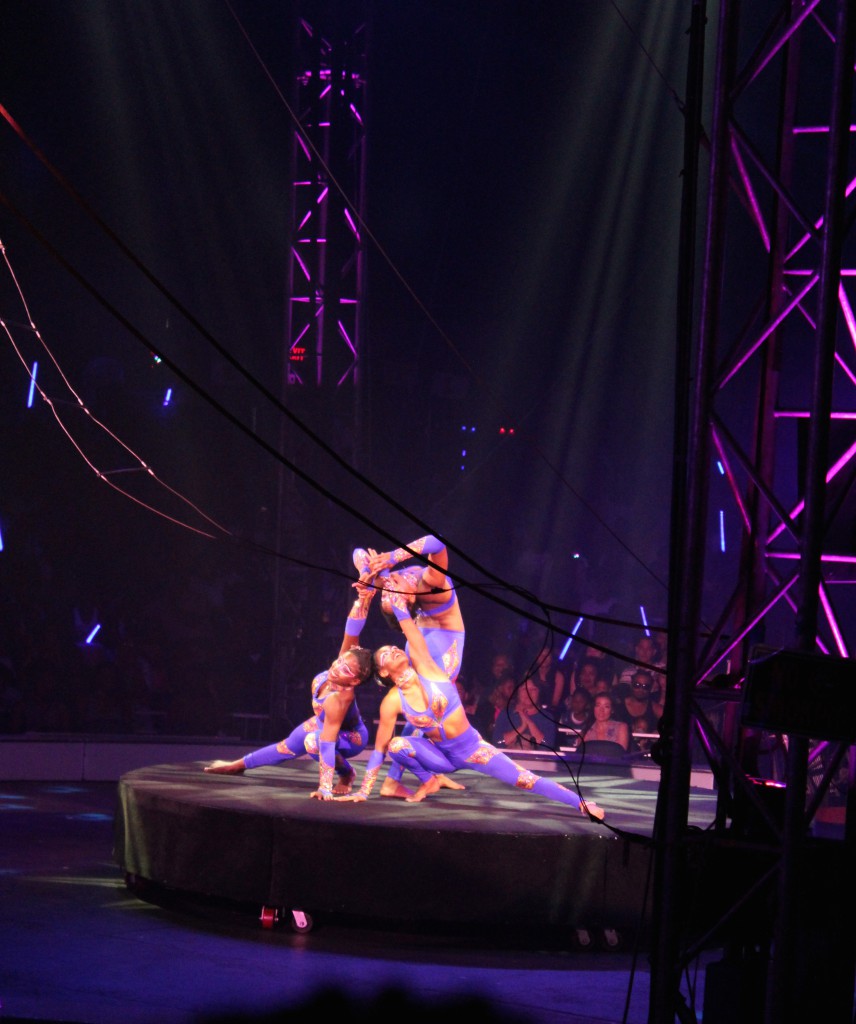 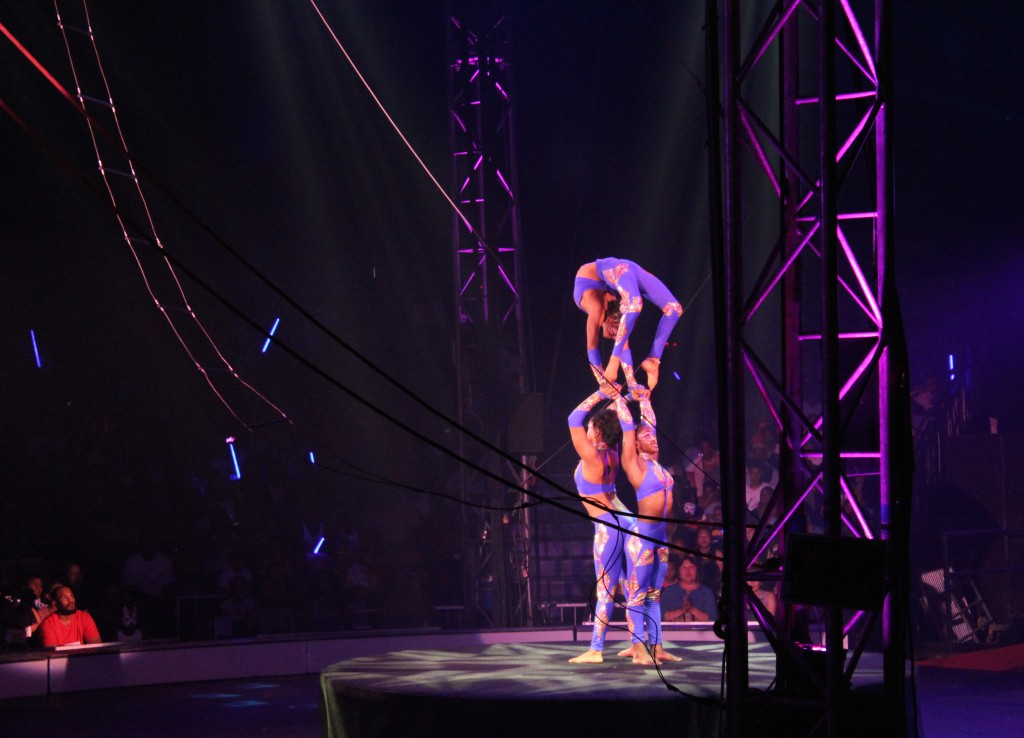 I love dance performances, so one of my favorite acts, was Trinity! The girls were so talented, and so strong and flexible. It’s really amazing what the human body can do! 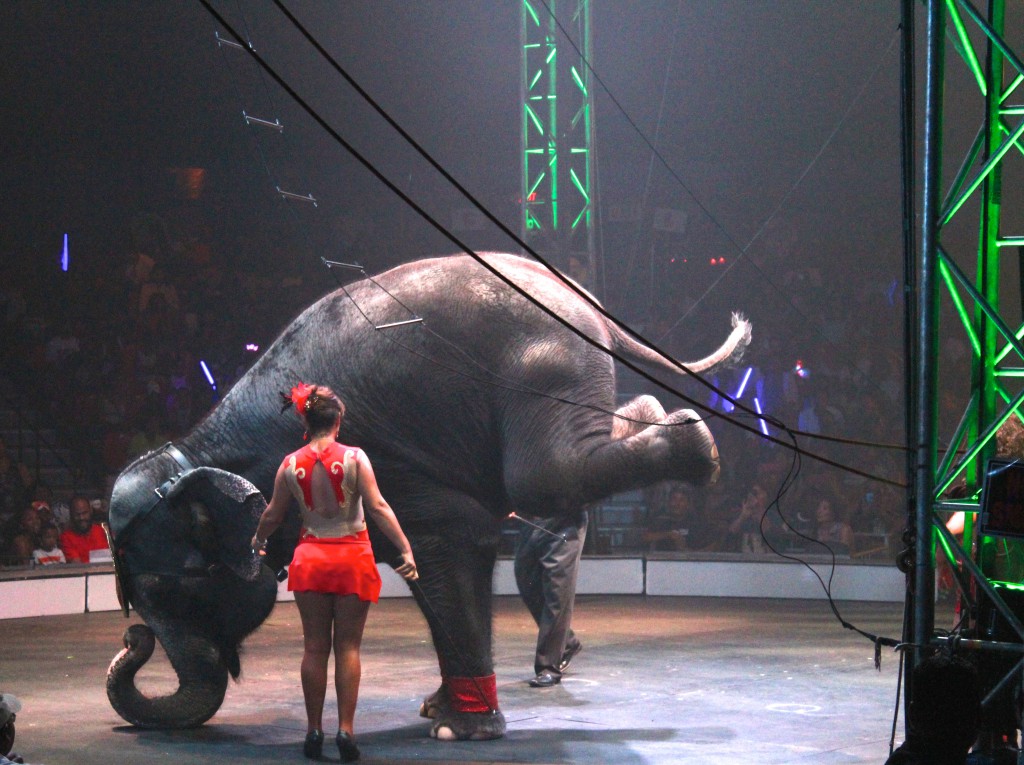 Of course they had a few animal acts. There were actually two elephants in this one, performing tricks like you see above. The elephants were really cute! Children also had the opportunity to get an elephant ride during intermission. 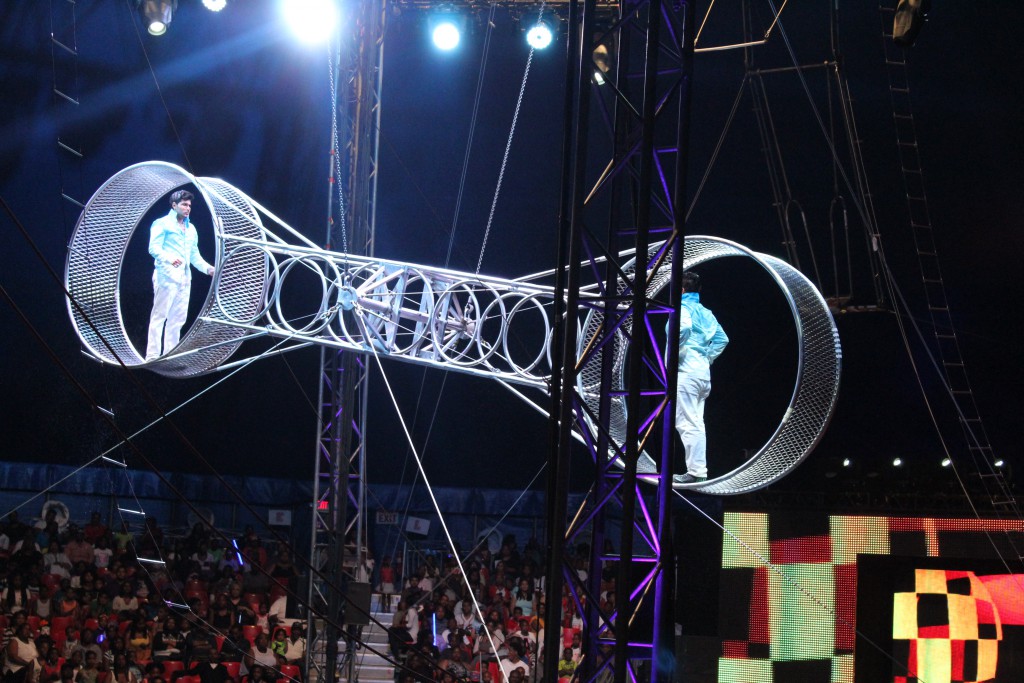 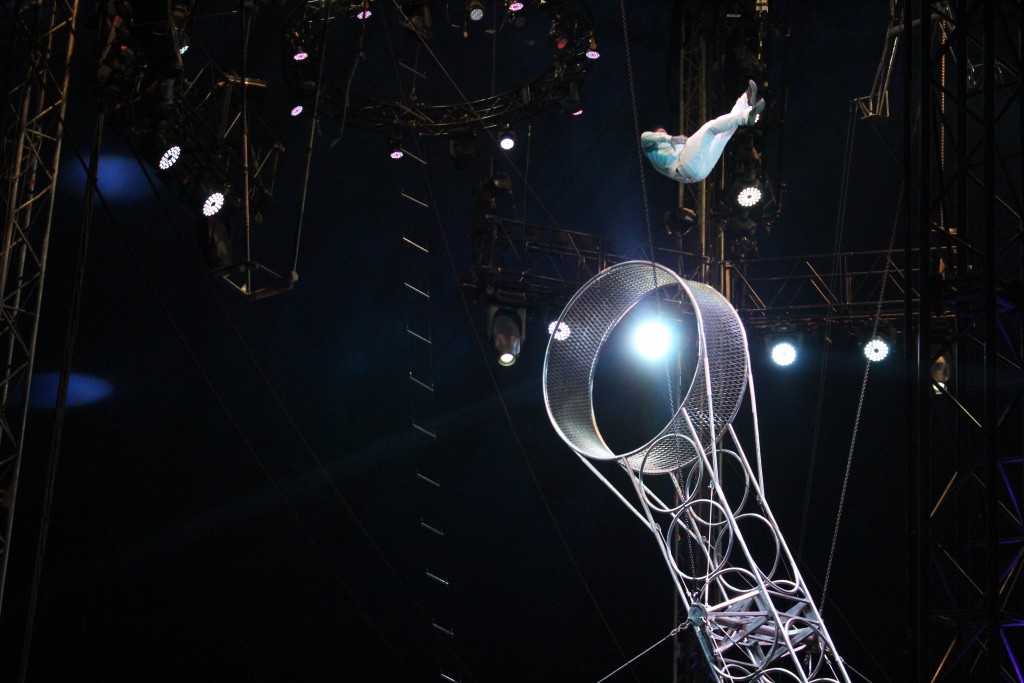 Another awesome act was The Navas Wheel, more commonly known as the Wheel of Death. The Navas brothers did several great tricks while balancing on the turning wheel. The best trick was when one of them did a somersault while on top of the wheel, and landed right back on it! It was definitely a dramatic and exciting moment! 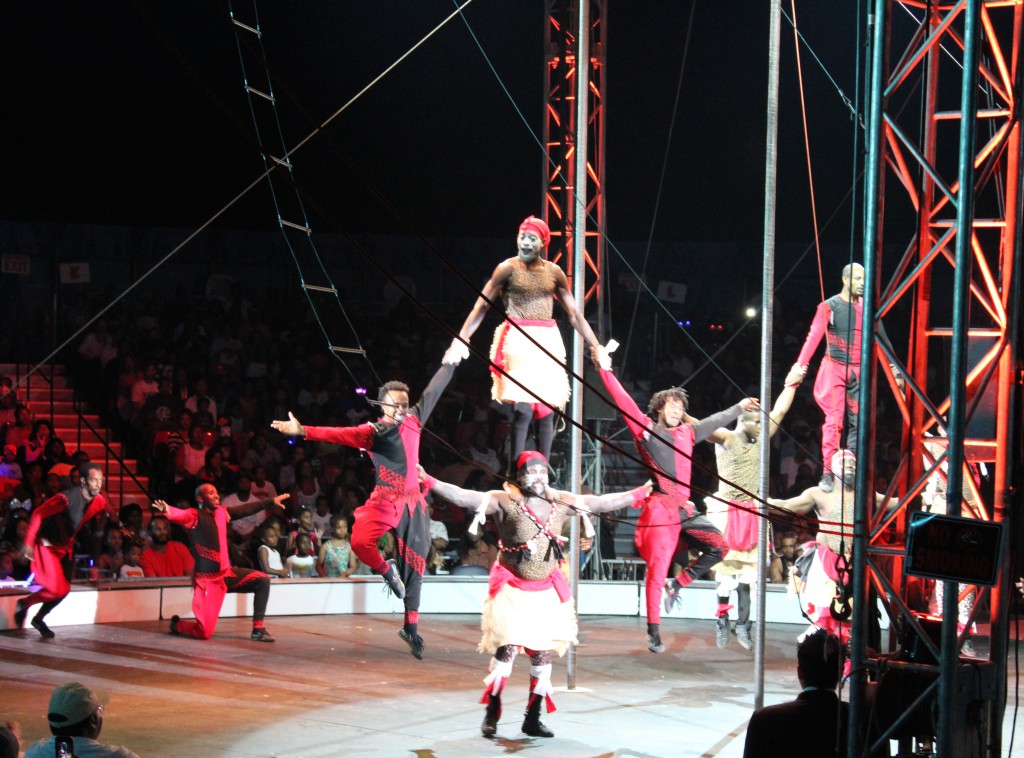 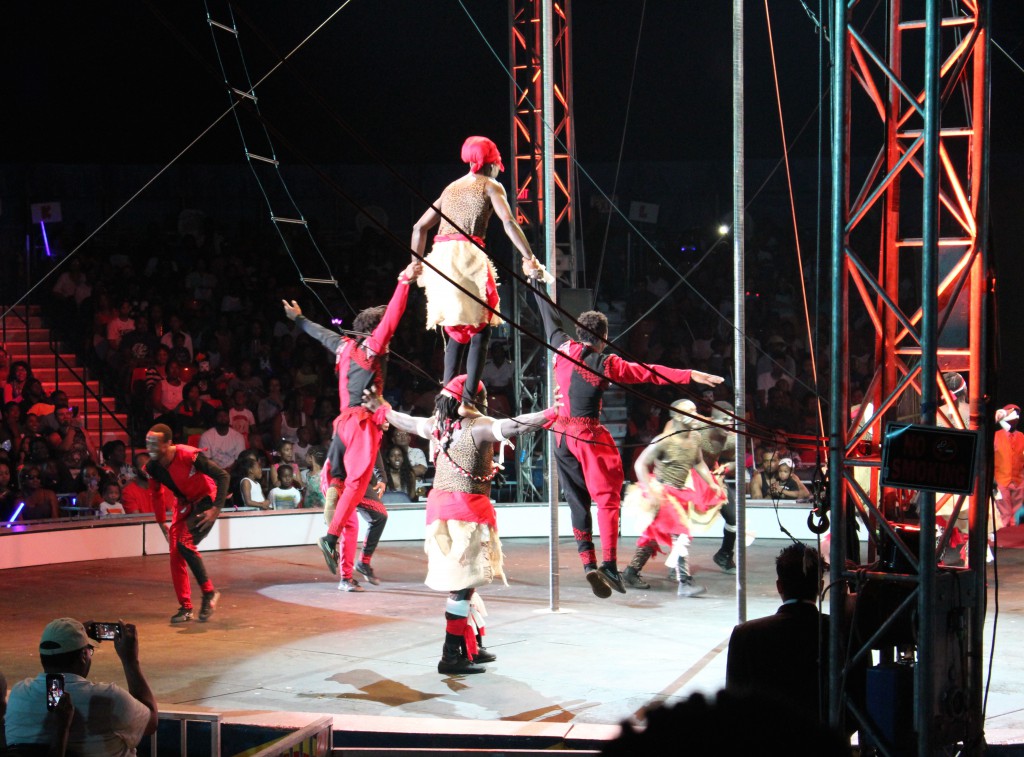 Here are shots from another amazing dance performance. These were performers from two different acts that came together. The shots that were captured show the balance skills and strength of those four men! 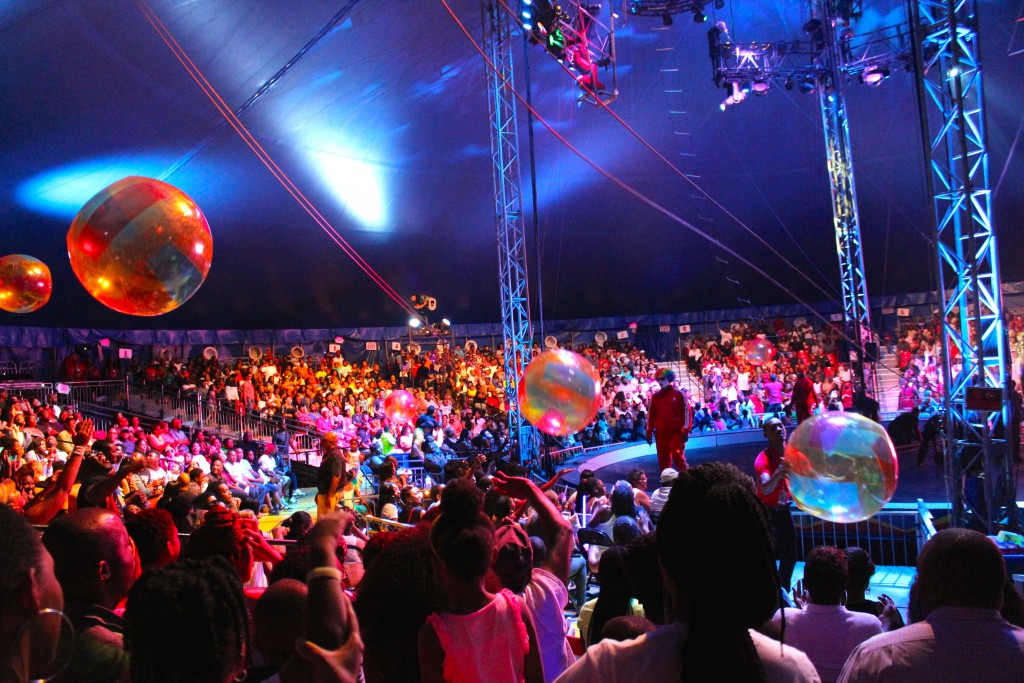 There were plenty of moments for crowd participation in between acts. This shot was from when they gave out large plastic balls to keep the crowd going. My friend and I were concerned about getting hit by them, so our hands were definitely up the whole time in case one came to us, lol. I may or may not have accidentally knocked one to the ground on the opposite side… 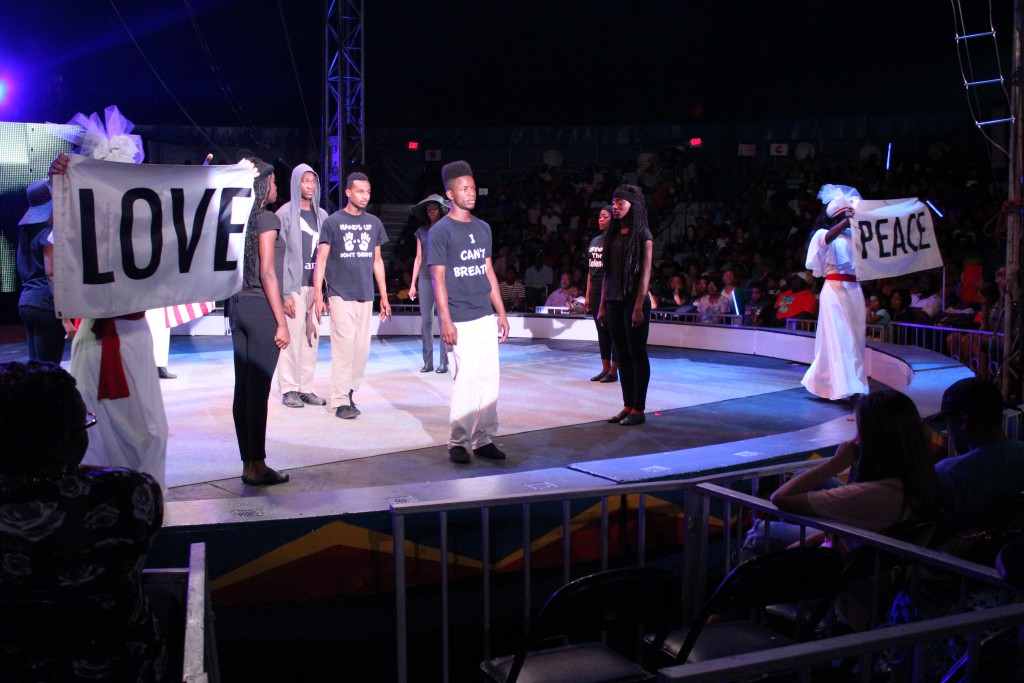 They ended the show with a moment to acknowledge events that are going on in the world right now. It was such a powerful message. They also included this quote from MLK on the screen “Hate cannot drive out hate, only love can do that” #BlackLivesMatter 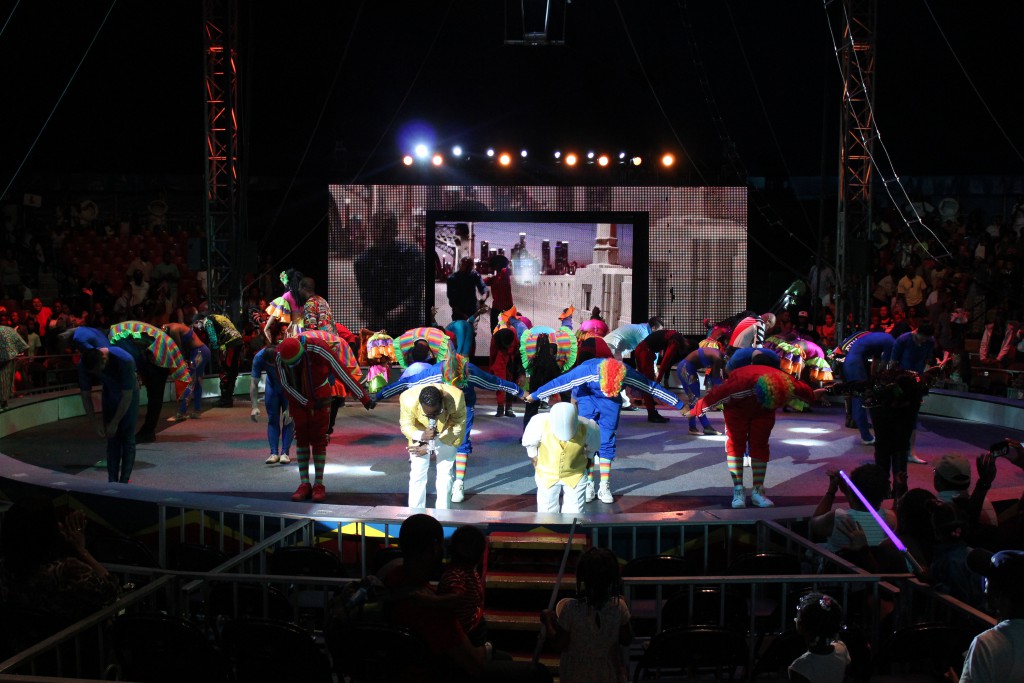 And then all of the acts came out, danced to Pharrell’s “Happy” and took a bow.

Overall, it was great show! The ringmaster Lucky, and his sidekick Zeke, did a great job hosting the show. Other highlights from the show include a Coming To America act, Chinese trapeze artists, a zebra act, and hip hop clowns. While I had a lot fun, I definitely think this is more of a family affair. The Universoul Circus will be here until July 19th, so if you’re in the DMV area, you should check them out for yourselves! Also check their website to see when they’re performing at a city near you!

Special thanks to my BFF Ash, who captured tons of great shots for me!