Happy Monday! My last post was about touring the Colosseum in Rome.  After the Colosseum tour, we went straight into touring the ruins of The Roman Forum and Palatine Hill.  It dates back to around 1000 BC, and is believed to be where Rome originated.  Our guide for this part of the tour was a little more interesting, and a little less long winded than our first one. He told us about how this was the spot for Caesar and other royals, and explained which ruins belonged to which royal, and told somewhat of the love story behind certain ones. It was pretty interesting, but  eventually,  my friends and I went off to explore on our own. The Forum and the Hill weren’t quite as awesome as the Colosseum, but they were still quite captivating. 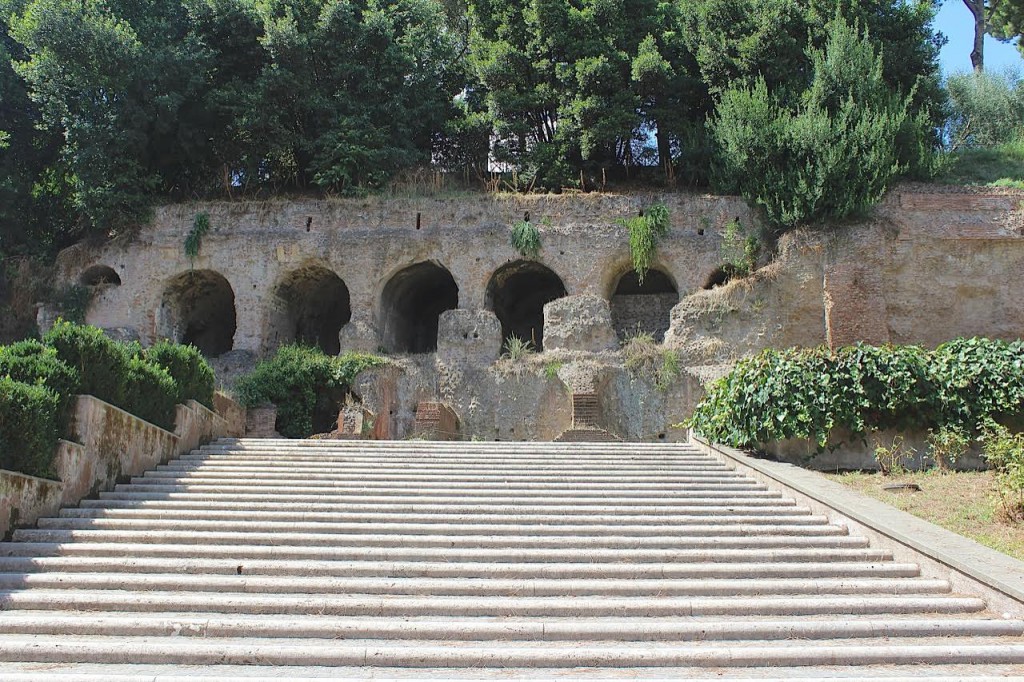 Stairs leading up to the ruins at Palatine Hill 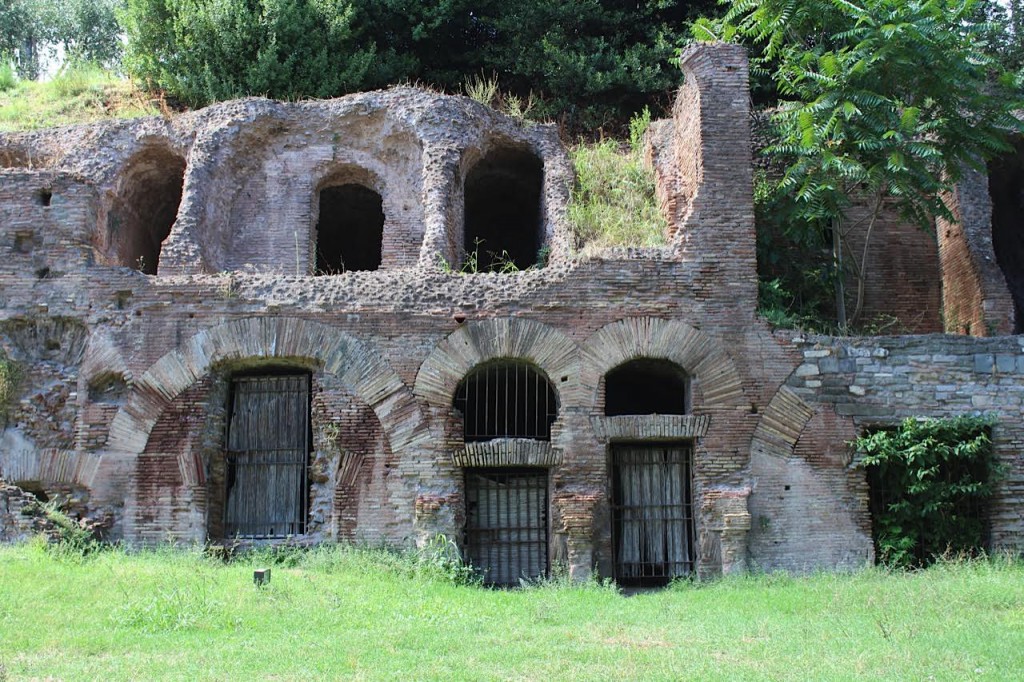 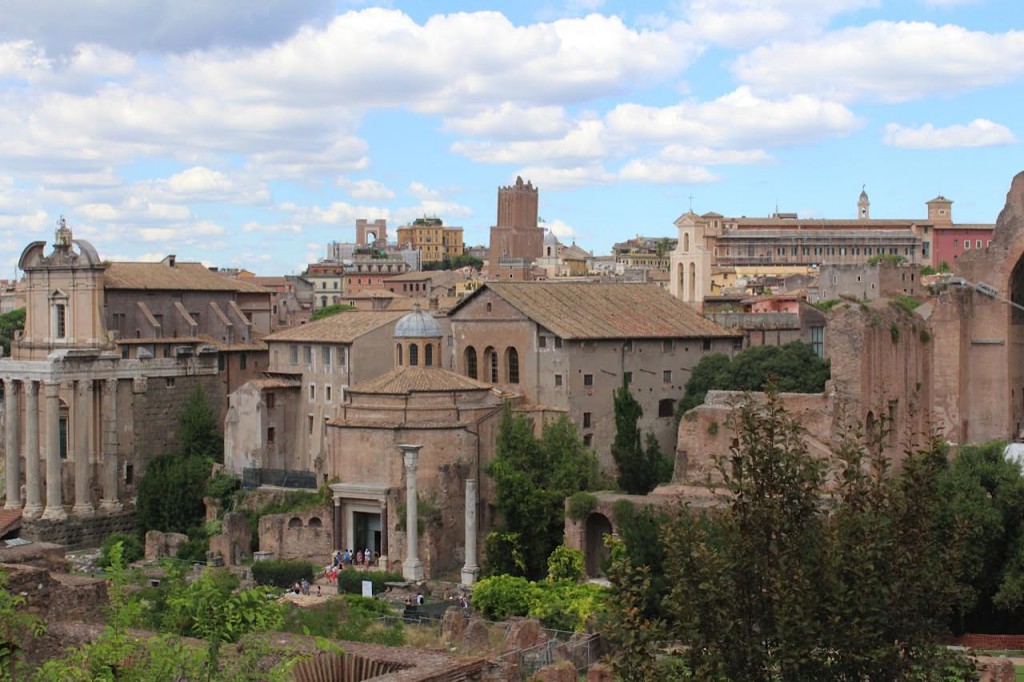 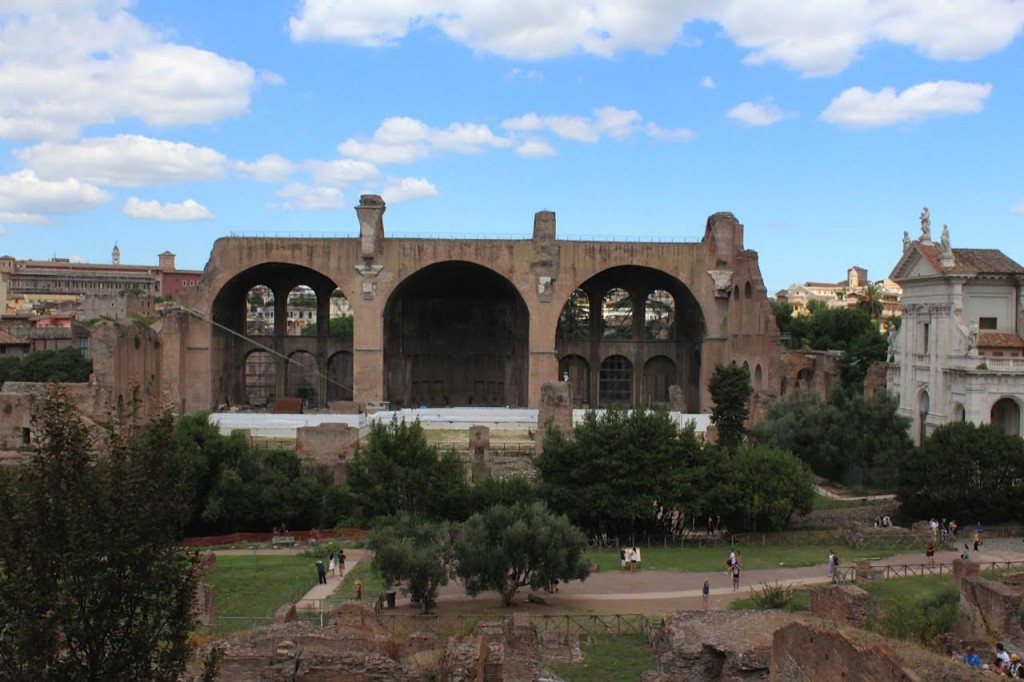 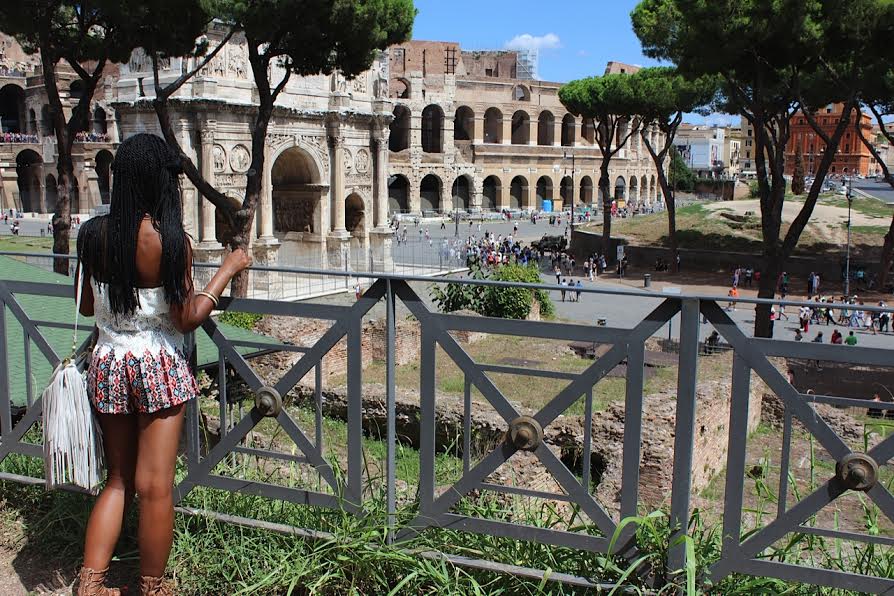 At Palatine Hill overlooking the Colosseum

The view of the Colosseum from the Hill was perfect.

After our tour was over, we made several attempts to get a good group photo on some steps leading to the exit, but we just couldn’t find the right person to capture our golden moment, lol! As you can see, a couple of my friends’ heads got cut off in the process. 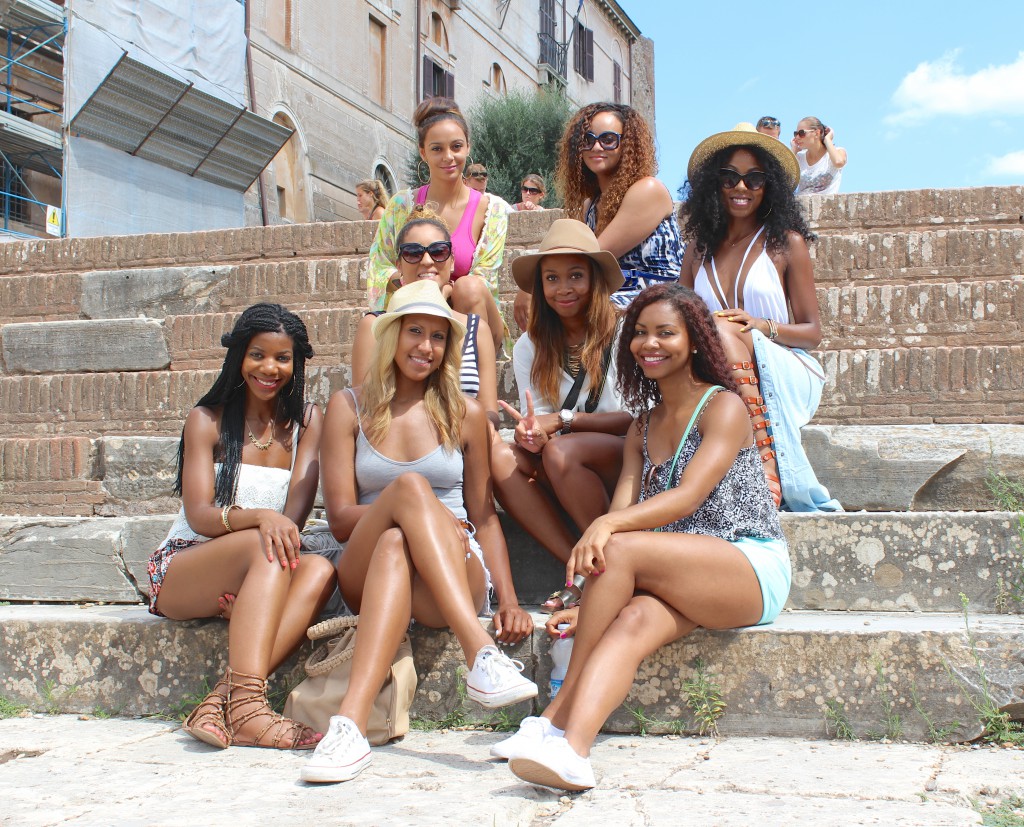 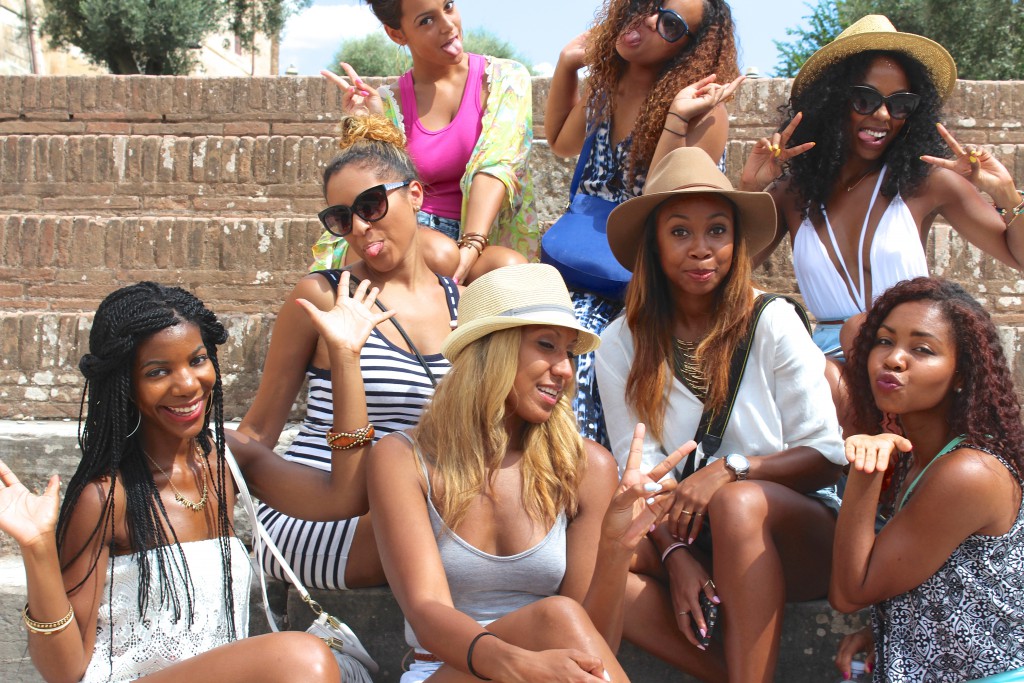 One of the girls wanted to go to the Spanish Steps afterwards, and we were all pretty starving, so we decided to see the stairs and eat at the Piazza di Spagna.  We navigated to the spot via the metro, which was conveniently located across from the Colosseum. It was quite easy to use, very similar to DC and NY metro stations, so I’m sure my friends and I looked like natives (lol).

Once we got to the Piazza, I was in my element. It looked like your average big city downtown area, but better. Everything in the square looked like it was featured in a movie somewhere. We decided to get food before walking the stairs because everyone was starving. The restaurant was definitely better than where we ate for lunch (I can’t remember the name of it, I’ll do better on my next trip). I went with the lasagna, because I wanted something that was filling. It was decent, but I tasted some of my friend’s pasta carbonara, and immediately wished I would’ve ordered that! Words cannot express how good it was.

After we ate, we did some shopping, and eventually broke into different groups based on different interests. My friends Ash and Jess and I ended up exploring the rest of the Piazza and downtown Rome, and snapping ootd/ootn photos for the rest of the day and night. We had so much fun wandering, that we never quite made it those Spanish steps. We almost navigated all the way back to our apartment with no issues, except we got sidetracked by these stairs that Ashley said we should take to get in a little exercise. Right before we started walking up the stairs, we noticed some birds. I’m not sure what kind they were, but they were huge and white (I think), and they were preying on some food that someone had dropped. When we got closer to investigate and take pics, it almost looked like they were going to come for us so we started screaming and flying up the stairs. It was pretty hilarious, and I hoped Jess saved her snapchat video that captured the moment, lol. 😀 We made a friend from Russia who we asked for directions to the Colosseum, in order to put us on the right track home. He was very friendly and insisted on walking us almost all of the way home…as in our attempts to lose him didn’t quite work…lol.  It was definitely a day well spent! 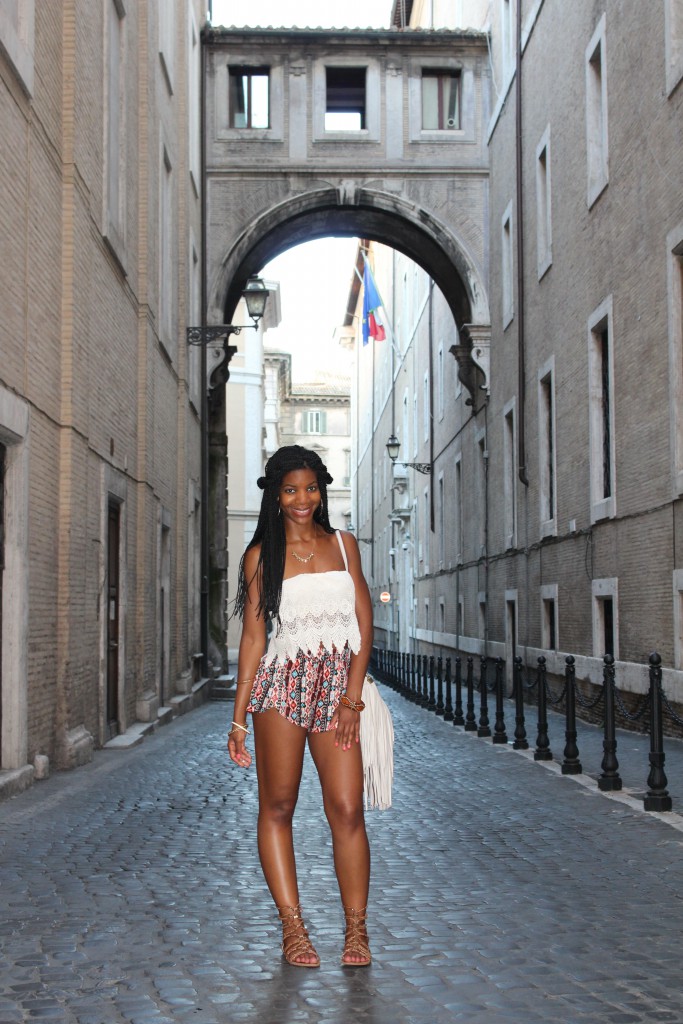 Posing at the Piazza 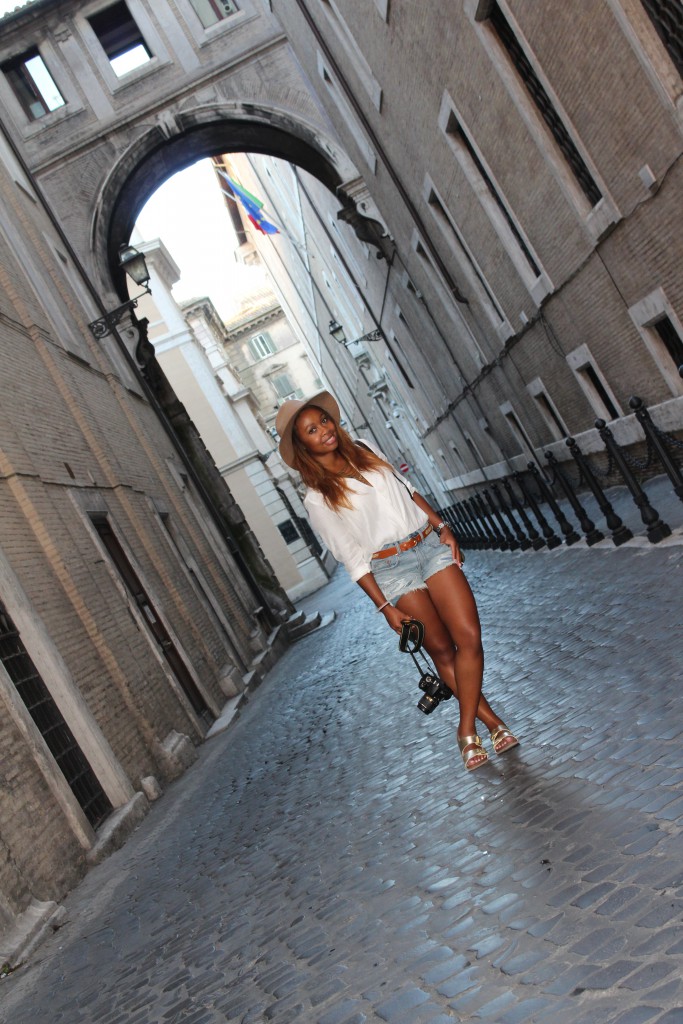 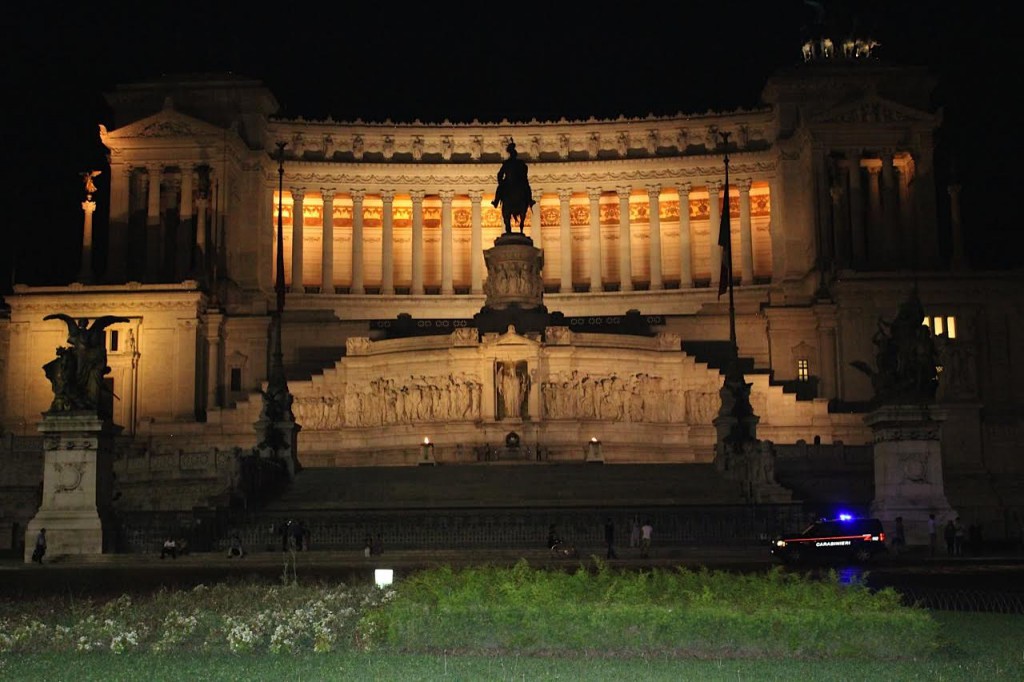 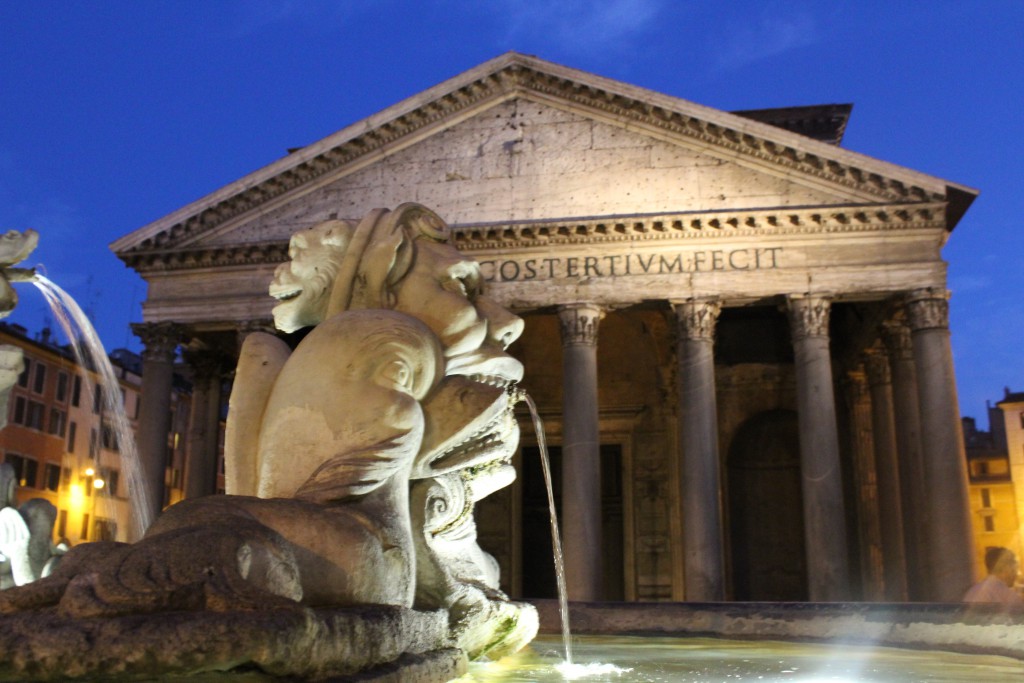 Building in the Piazza de Spagna at night

The next morning, we were determined to see the Vatican before our flights left for Athens. We intended to get out of the apartment by 8am, but of course that didn’t happen. Similar to our Colosseum experience, once we started getting closer to Vatican City, tons of people were trying to recruit us to pay to skip lines, and take a tour of  the Vatican Museums, Sistine Chapel and St Peter’s Basilica. While this sounded appealing, and we were able to talk the price down some (I think the price would’ve have been between 20-30euro a piece), some of our flights left earlier than others, so two of my friends decided to do the tour, and the rest of us decided to just go to St Peter’s Square, and see what we could see in the small amount of time that we had. Again, the architecture is so beautiful, I could just gaze at everything for hours. On my next trip to Rome, I think I definitely want to take the actual tour to see the inside of everything. 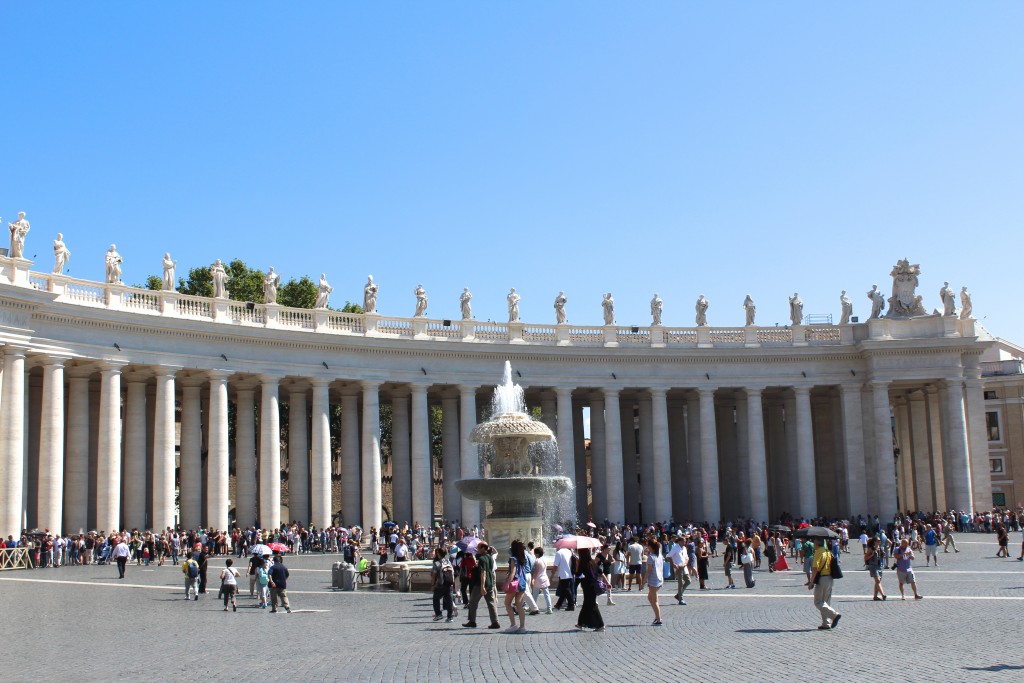 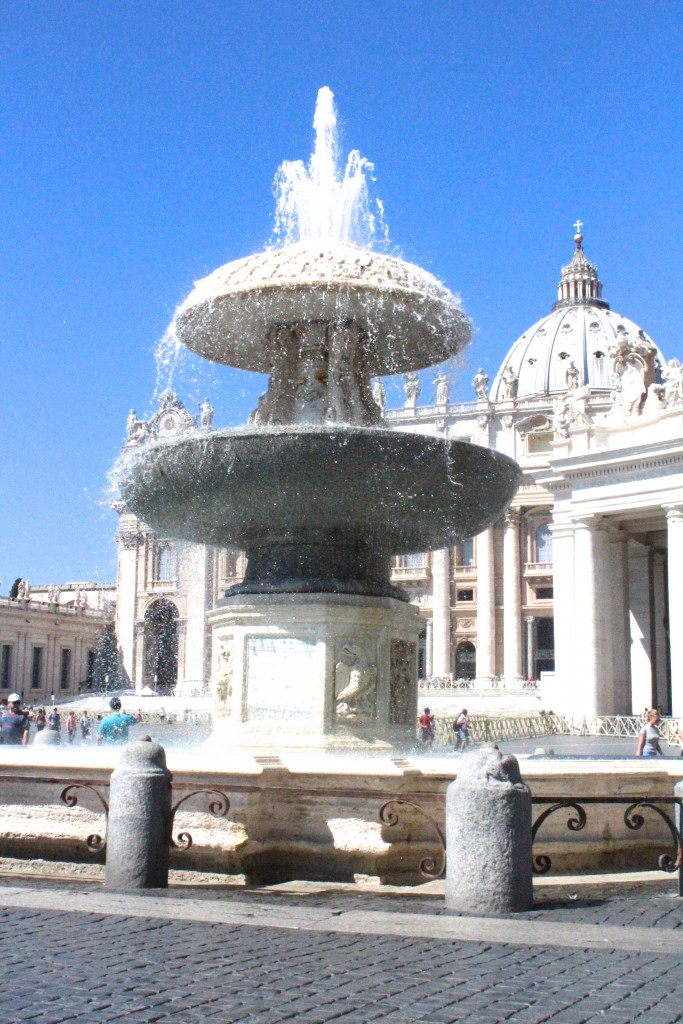 The Fountain in front of St. Peter’s Basilica 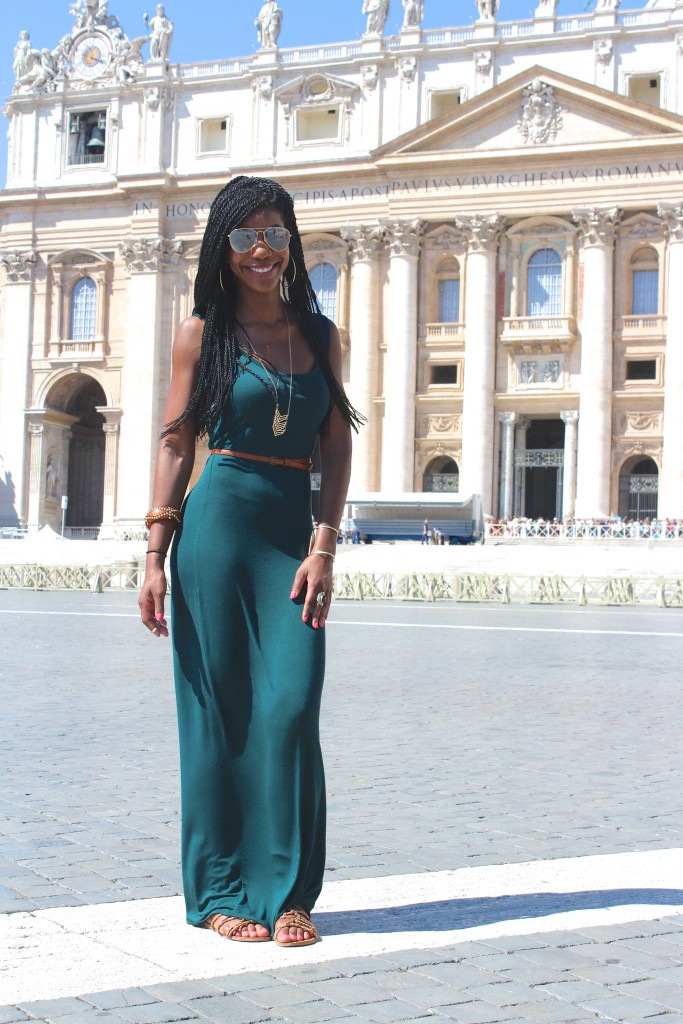 In front of St. Peter’s Basilica

Next up will be my post on Athens, and then I’ll get into Yacht Week. Be sure to subscribe to keep up with me! If you asked a question about Rome in my last post, I’ll get back with you today!

Have you had the chance to visit Vatican City yet, or do you have plans on visiting at some point? Let me know below!